You’ve heard of a ‘match of two halves’ but local primary schools are involved in football leagues of two halves. Both the year 5+6 and year 3+4 leagues have now met for their first meeting on the Tanbridge astroturf, now they’re preparing to attend for their second a final meeting to complete the fixture programmes. Year 5+6 is running on Friday 15th October and the Year 3+4s wrap things up on the 22nd October 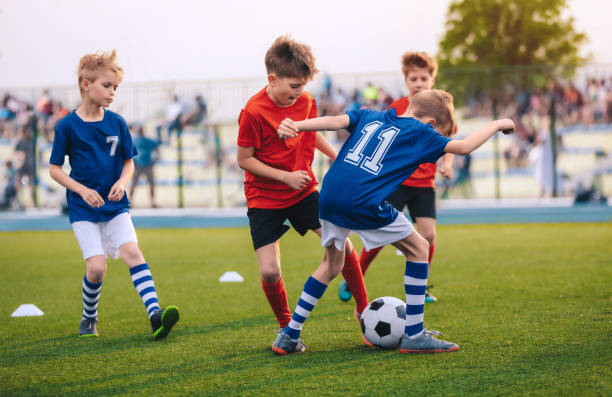 The Horsham Area Primary Schools Year 3 and 4 Football League got underway in fine style at the Tanbridge House School astroturf yesterday as 17 teams convened to give their all across two divisions of play.

A new primary schools football competition is set to run in Horsham. Organised by Paul Showell from Southwater Junior Academy it will involve longer fixture-based (as opposed to tournament-based) 7-a-side matches for year 5+6 pupils being played on school sites.

The Tanbridge House school astroturf will be feeling the patter of even tinier feet as the year 3 and 4 (7-9 year olds) footballers of 17 school teams play there this coming Friday (8th October, 4-6pm), following in the footsteps of their older year 5+6 schoolmates who played yesterday.

Primary Schools Football Back With a Bang

Twenty one year 5+6 football teams from 16 schools convened on the Tanbridge House School astroturf tonight to provide a fantastic spectacle for a large audience of parents and teachers. Coronavirus has prevented such gatherings for the past 18 months so it was a great relief to finally see the children express themselves through sporting endeavour and competition.