Girls Open Up With Goals Aplenty 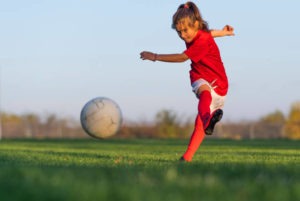 There was no shortage of goals at the first meeting of the girls football league on the Tanbridge astroturf last night. 86 were knocked in across four groups of play.

Heron Way’s front team qualified for Division A status next time out in some style, winning all their matches in Group 1. Isabelle SL was integral to their defensive solidity which saw them go through the night without conceding a single goal. Against Southwater C

St Mary’s Pulborough will join them in the top tier. They had five girls make their match football debuts so exceeded their own expectations and Brooke G hit a great hat-trick , although a 2-0 defeat to Heron Way provided a tough initiation to the beautiful game. A 1-0 win over Steyning B was the crucial game deciding which of the two went North or South  in the next phase of the process. Southwater C came in for some harsh treatment but will have been pleased to have been competitive in their encounter with Steyning B and Maisie G, Elsie B and Iris H all emerged creditably from their endeavours.

Steyning A also progressed impressively from Group 2 with a full house of wins, six goals scored and zero conceded. Runners-up Castlewood pushed them hard though in a match that was decided by a single goal. Indeed this group was the tightest in terms of its scorelines. Kingslea B and St John’s may have missed out on top division qualification but provided the most exciting match in the section, a 3-2 thriller that went the way of the Kings. Alana C impressed for the winners whilst Serena W scored the Saints’ two goals.

Group 3 brought together some heavy hitters. Southwater A and Heron Way B powered their way through to a last match head to head that would decide top spot. Megan T and Annabelle T providing the Southies’ main thrust with some superb passing moves whilst the Herons’ goalkeeper Carys E made her goal look very small to the opposing strikers. All looked set for a goalless draw until a last minute strike provided some Southern comfort. Leechpool A rued missed chances in their first game versus Heron Way but were heartened by a strong second half showing against Southwater and a brilliant late consolation goal from Mitsy Searle. Northolmes struggled to find their feet against more experienced opposition but can look forward to some easier matches in their remaining meetings. Well done to Jessica Forsyth for her continued efforts  to galvanise her team in challenging circumstances.